They say SEO is dead. Let's find out.

On August 6, 2014 came an announcement by Google that SSL is going to be a ranking signal from now on. As SSL becomes a ranking signal, the web is likely to become more secure and SEO strategies would change as a result.

That said, there are over 200 ranking factors that determine where your site would sit in Google’s index.

Let’s see if this is true.

How to get more email subscribers!

In Google’s own words

“Over the past few months we’ve been running tests taking into account whether sites use secure, encryptedconnections as a signal in our search-ranking algorithms. We’ve seen positive results, so we’re starting to use HTTPS as a ranking signal.”

Way back in March 2014, Matt Cutts expressed a desire to see https included as a ranking signal and come August Google has it on the table.

How big is the Google SSL SEO update?

However, according to statements from Google, this is not a very big signal when determining rankings.

Plus, I don’t trust Google in ditto. When they had introduced secured search for certain queries they had said that it will affect only 1% of queries but it actually affected 11% of global queries.  Here’s the Hubspot article that discusses the same.

Same has been true for the slight tweaks and twists in their algorithms.

It could possibly mean a few more millions for those who do it right.

And as time goes by this weak signal would become strong.

I could be wrong though and only time will tell. When Google introduced authorship the whole industry went into a mayhem on how it will change the entire SEO landscape.

But this is what happened,

How to move your site from http to https easily?

These are the steps to follow when moving your site:

1. Get the TLS certificates for your site

(This might differ based on which host you are on. Here are specific information for some popular hosts)

How to get free SSL/Security certificate. 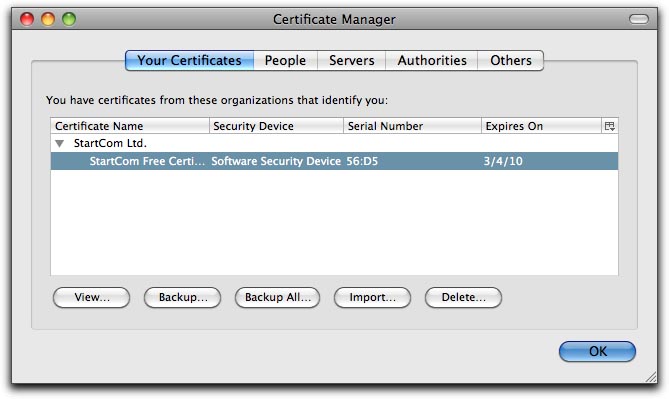 2. Include images and videos and other files

Make sure that you include URLs of embedded content in your site move plans: videos, images, JavaScript, and CSS files. These URLs need to be moved in the same way as all other content on your website.

Amit Agarwal of Labnol has created wordpress plugins for generating sitemaps for both images and videos which can come in handy.

Buying a new site? Things to check moving over to secured version

When buying new sites, make sure that they are either free of penalties or were never penalized.

This is the fastest WP host I've known

1. Setting up the new Robots.text file

The robots.txt file is a file with sensitive information that can block access to Googlebots. Your robots.txt should be properly configured and shouldn’t block the urls from Googlebot.

2. How to determine your current URLs?

For simple site moves, list of current urls is not needed.

For complex site moves, a list of urls is however essential.

Here’s a list of ways by which you can obtain them:

Most popular host for blogging

3. Create a mapping of old to new URLs

Once you have the listing of old URLs, decide where each one should redirect to. How you store this mapping depends on your servers and the site move. You might use a database, or configure some URL rewriting rules on your system for common redirect patterns.

Backlink checkers like Ahrefs can help you in the process.

For example, here’s a list of backlinks for the DailySEOBlog from Ahrefs.

Once you have your URL mapping defined, you’ll want to do three things to get the final URL mappings ready for the move.

Each destination URL should have a self-referencing canonical meta tag.

If link 2 is a duplicate of link 1, and the canonical tag points to link 1, then this code will appear in the head tag

If the site you moved has multilingual pages annotate using rel-alternate-hreflang annotations.

If the site you moved has a mobile counterpart, they should be annotated using rel-alternate-media annotations.

Here's the best host for beginners!

How much would it cost?

Decide the kind of certificate you need: single, multi-domain, or wildcard certificate — Godaddy charges around $70 for a single domain, $140 for multiple domains and $280 for all subdomains.

There are three kinds of SSL certificates:

Things to be mindful of on the new site

Old URL parameters used to control the crawling of the site should be applied to the new site as well if it’s necessary.

Verify in Google Web Master Tools that you own both the source site and the destination site.

If geo-targeting was employed in the source site, keep it for the destination site too. To access this option go to Search traffic>> international targeting and choose the country

Don’t configure a crawl-rate setter as it will slow down Googlebot.

Re-upload disavowed links once again if you have used the Disavow tool in the past.

What happens if you don’t move over the site properly? Examples.

When moving to https make sure that all the urls are now https. If everything goes right, then you will find only https urls in the SERPs but if it doesn’t go right then Google may have both http and https urls in the index. Presence of these two versions together can trigger a penalty for duplicate content.

I will share with you two instances where this has happened.

Sometime back Harsh Aggarwal from Shoutmeloud noticed a dip in traffic for his blog after the Panda update 3.8.

The problem was caused due to Google indexing both http and https versions of the same posts on the blog. The site however didn’t have an SSL certificate. There was however another site on the same shared hosting server using an SSL certificate and somehow the goodness of SSL overflowed.

As soon as Harsh changed the hosting which in this case was Hostgator the issues settled down and traffic was normal once again. 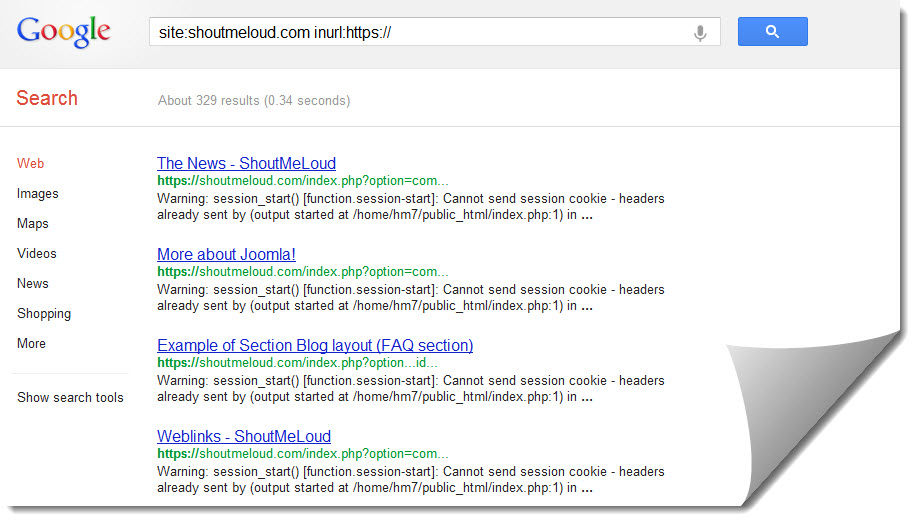 In an audit of Kissmetrics and the reasons on why there was a traffic drop for the site, Eli Overbey  suggested that indexation of both http and https versions may be the culprit.

You can find the same article in two versions:

That’s not all each post on the Kissmetrics blog uses the rel=”canonical” tag. However in their case both https and http version are self-referential. It means that both of the versions are claiming that it is version is the original one.

How does the SSL update impact eCommerce sites?

For eCommerce sites, introducing https throughout the site has the added advantage of increasing shopper confidence.

Many eCommerce sites have their checkout pages as a subdomain on some SSL provider like BigCommerce. Customers may not like it when this happens, they are shopping on site xyz and when the time comes for checkout they are sent to https://.

Keeping it consistent throughout may help conversions. In this industry a 1% lift may mean additional millions so everything counts.

Renew SSL Certificates on time. Not doing that will display a page forbidding users from visiting your site.

Let’s see one instance where non-renewal of SSL certificate led to traffic loss.

In this blogpost Glen Gabe about how an eCommerce site lost tons of traffic because of an expired SSL certificate.

If the SSL certificate expires search engines will have no option other than displaying a red screen. The eCommerce site owner thought it to be because of Panda but sometimes the underlying issues can be this simple.

There are a couple of tools available which can show you if your SSL certificate is valid or not like SSL Shopperand Site Check to name a few. Just key in your domain in the space provided and you are good to go.

Does https really keep everyone safe?

Heartbleed is a security bug that came into light as recently as April 2014 that affected the OpenSSL cryptography library.

This bug could have been used to gain access to user sessions, session cookies and login data.

At that time it affected around 17% (around half a million) of web servers worldwide.

So even when https is touted as the new web order there are things that can go wrong.

Just because you added SSL don’t expect your site to rank on the first page.

Google introduced the concept of HTTPS everywhere in its I/O 2014.

More details on that here:

Another interesting development in that on June this year, Google had been assigned a patent from AT&T on speeding up SSL networks. You can read the entire article here.

Even prior to that, back in November 2013, Google initiated and completed adding 2048 bit RSA security for web privacy.

Google seems pretty serious about the update and I can only see it to be becoming a ranking signal of greater importance.

One of the major hindrances to the implementation of SSL on more sites was the slower loading speed of such sites. And site speed too is ranking signal.

However as the web becomes more secure in general, SSL speeds would catch on. Also, there’s the patent from Google on speeding up secure sites.

If you are on the fence concerning this, don’t be, it won’t hurt your rankings but only benefit it.

How to find all links pointing to your site?

I can talk about Marketing and SEO all day long. Passionate about blogging, SEO & Online marketing. Perpetual learner.

I can talk about Marketing and SEO all day long. Passionate about blogging, SEO & Online marketing. Perpetual learner. 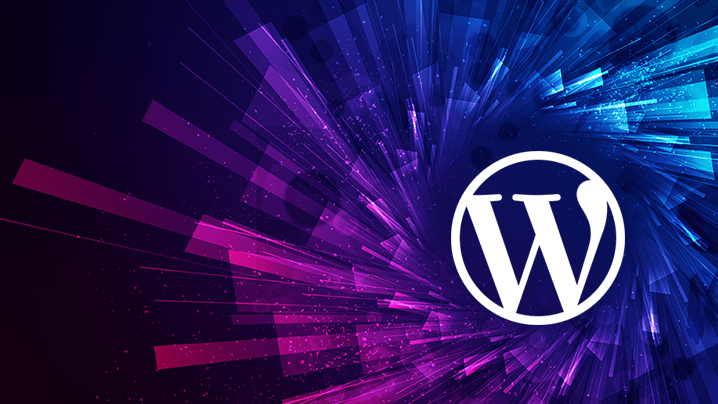 Which is the Fastest WordPress Host in 2018 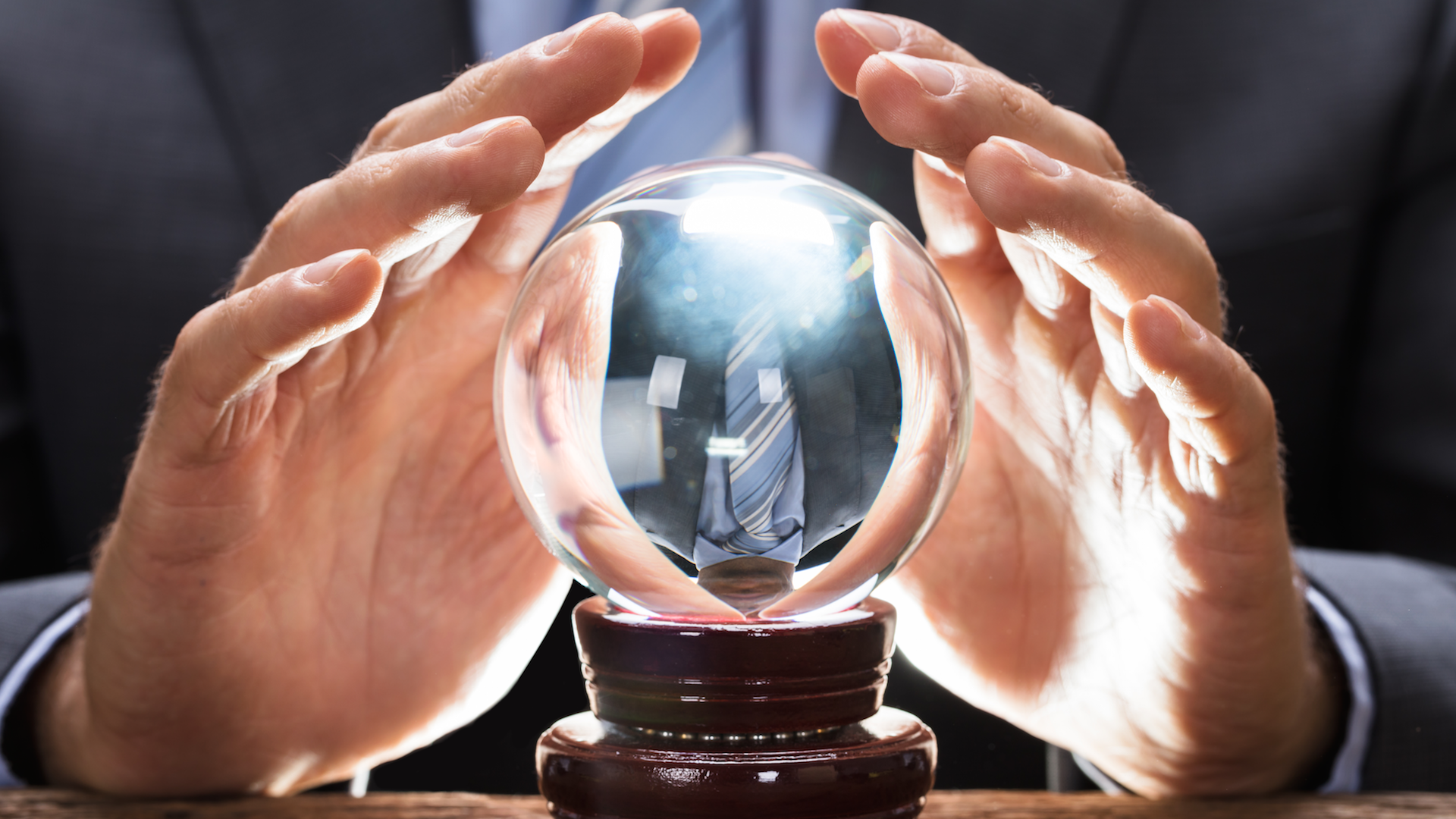 8 SEO Predictions from SEO Experts for 2018 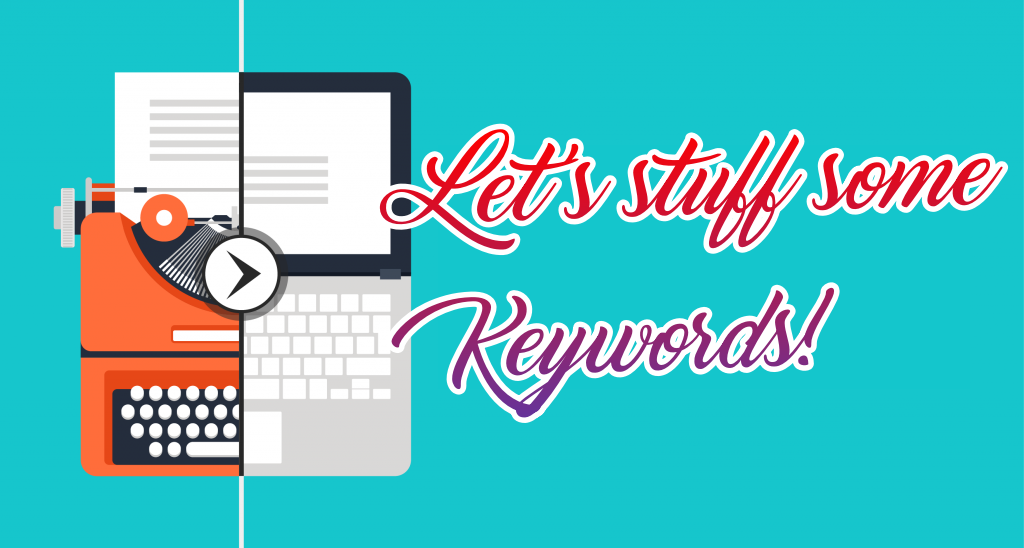 10 SEO Tactics That No Longer Work 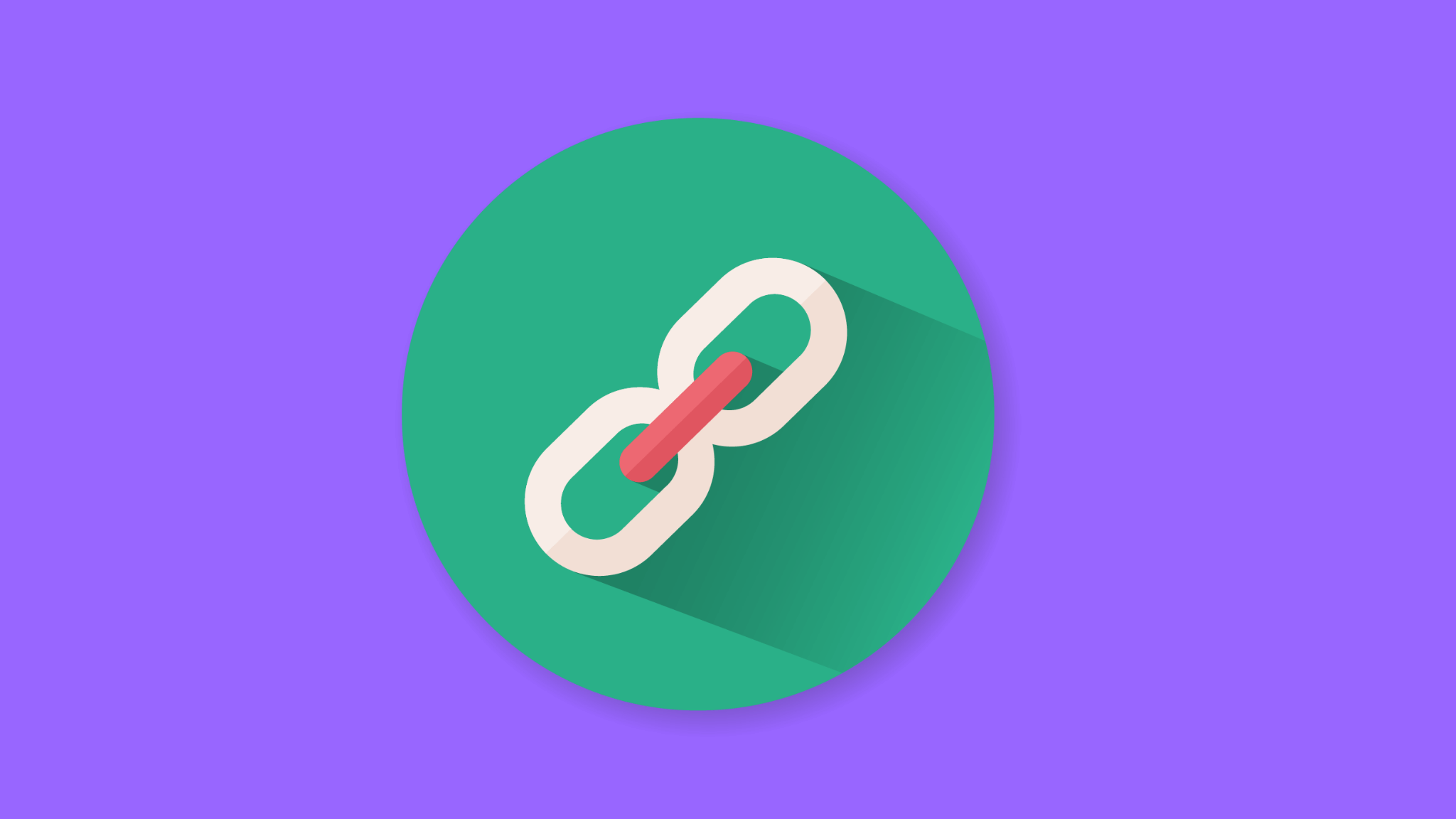 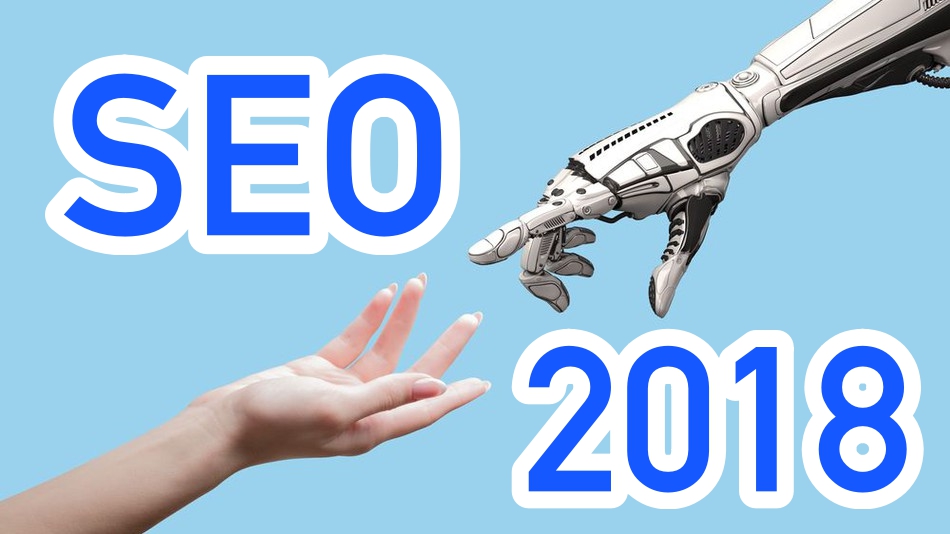 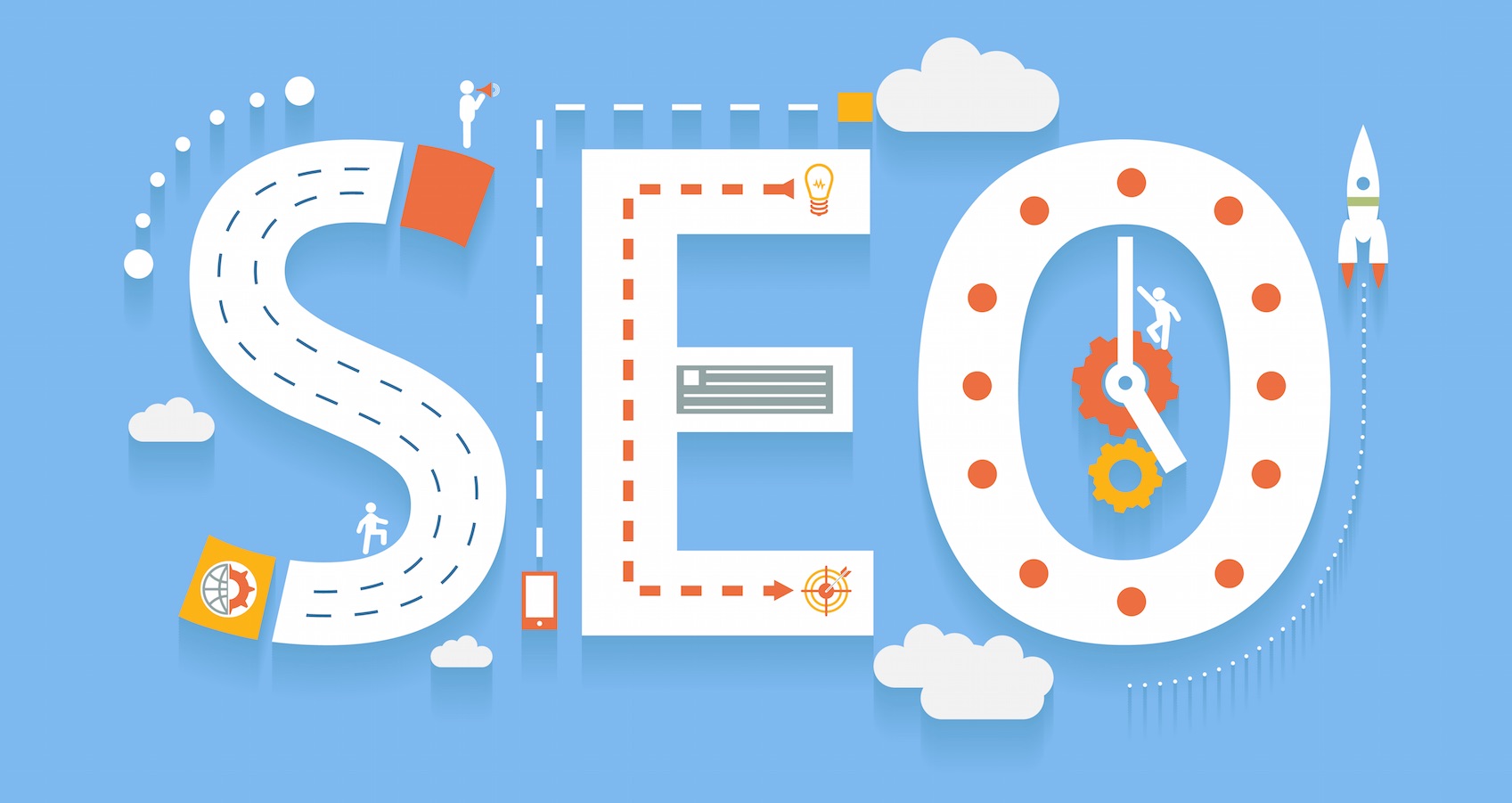 An Easy Way to Automatically Optimize Images for SEO

How Page Load Time Affect Conversions on Your Website 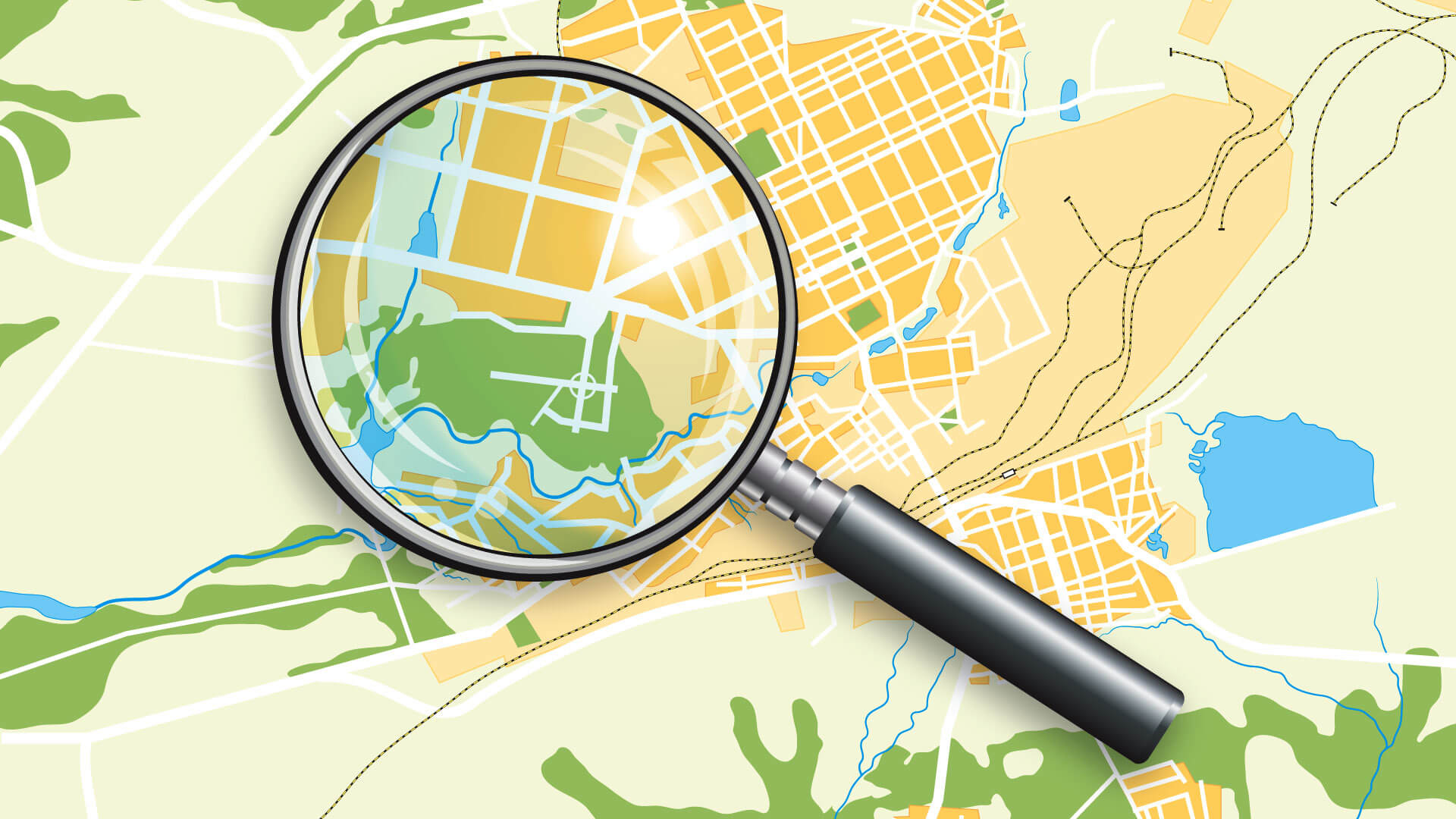 Reasons Why You Should Choose a Dedicated WordPres...

Running an enterprise grade website on WordPress is not easy. It requires a high level of reliability, security and flexibility....

Reasons Why You Shouldn’t Start Blogging on ...

Blogging is the best way to build credibility, increase traffic to your website, boost search engine rankings and more....

If you are reading this article, you already know the importance of checking Google keyword rankings and how keywords are...

I am amazed to see how Affiliate Marketing has gained traction in recent times. It is a part of the marketing strategy of almost...

Google launched its AdSense program in March 2003. It was initially named content targeting advertising. AdSense is a simple Pay...

Instagram has gained such huge popularity in recent times that it recorded a whopping 800 million monthly active users in...

I have been blogging for years now. I would not say it has been an easy journey, but it has certainly been an entertaining one....

This article was updated on March 13th, 2019 at 09:14 amAffiliate marketing is the latest buzz word. It is a key strategy that...

Disclosure: Some of the links on this website are "affiliate links." This means if you click on the link and purchase the item, we will receive an affiliate commission. No article published on this site should be republished anywhere (the web or otherwise) without written permission from the owner.